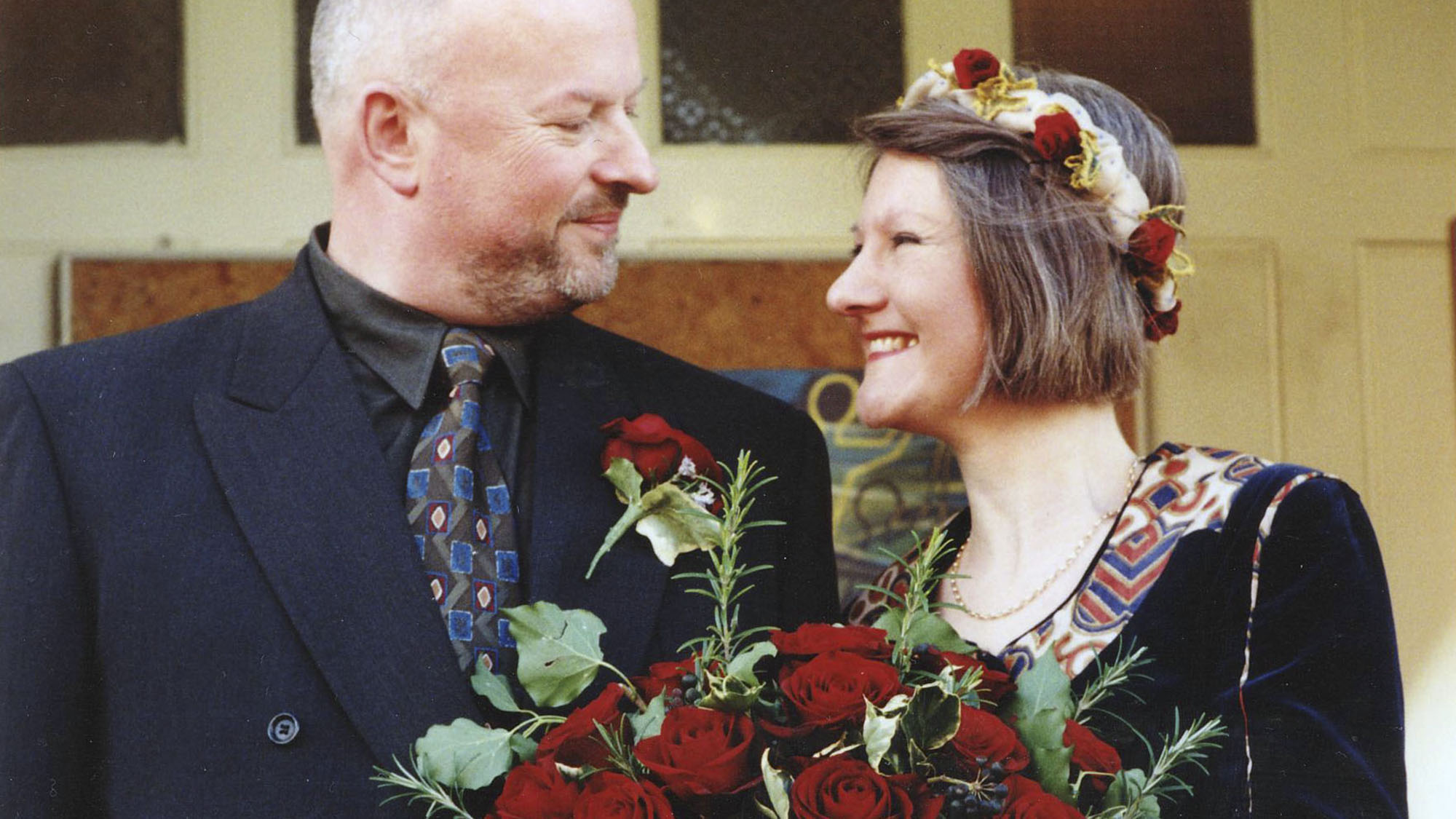 Jamie and Kat’s wedding September 2019
https://adobe.ly/2ZaPnP8
Jamie and Kat got married in a registry office in Warwick. Really nice it was too and I think being first of the day helped. We enjoyed breakfast together afterwards. The great celebration took place a week later in The Orangery in the Old Rectory House near Redditch. It was a tough call knowing whether to have the ceremony inside or outside, but outside was the favourite and that’s what we did. The bad weather held off and it was absolutely beautiful. Howard’s friend Justin Greenhalgh played the violin in the garden during the day and joined the band in the evening. It was a ceilidh with Jigworks and caller Jane Bird. All in all, a splendid family day of much happiness.

Gordon and Libby’s wedding August 2018
https://adobe.ly/3eFtqhf
We started procedings on the Friday with a meal and drinks in The Crown in Devizes. Then on Saturday, Annie picked up Jamie (his B&B was near ours in Shrewton) and dropped us off outside the Bear in Devizes. We met Gordon, Rob joined us and the four of us ate a hearty breakfast. Then we got changed and took a taxi to St Mary’s Church in Potterne. The boys busied themselves with various preparations, such as lighting the candles while I took some photos. The wedding was fantastic and made especially good by the beautiful warm sunny weather. Then we all headed off to the reception. The trio of classical musicians were there and we enjoyed a relaxed afternoon of food, drink and great company. In the evening we were treated to more live music (The Somebodies). On Sunday we made our way to Libby’s folk beautiful house and enjoyed lunch and chatting. Then home. What a great weekend.

Rob and Summer’s wedding May 2016
https://adobe.ly/35r92Nq
The wedding ceremony took place in Chippenham Registry Office, then afterwards we had a fabulous celebration in the Wyvern Club in Devizes. It had been transformed with tent-like drapes inside the building. Fabulous. After the meal and drinks, we danced the night away to the music of live band Melobo and caller Pete North, then a disco.

Rob’s stag weekend
https://adobe.ly/2PWhrRW
We stayed in a cottage on a working farm in Wales.

Vicki and Stephen’s wedding September 2014
https://adobe.ly/2MZBPjB
After the official wedding in Newbury, the family celebrations took place in Moulsford Village Hall. Neil Townsend conducted the ceremony, Jamie played and sang a song, and we all enjoyed a 1940s style English afternoon tea, sandwiches and cakes, with Glen Miller music playing in the background. In the evening we danced to a ceilidh lead by Melobo and Jane Bird calling.

Stephen’s stag weekend
https://adobe.ly/2q8z5Jb
We had a grand time in Brighton.

Joe and Charlotte’s wedding July 2011
https://adobe.ly/350S8Uv
The wedding ceremony (the longest one ever!) was in Wantage Parish Church and so was the reception. Food was provided and served by friend in Wantage Community Church. Afterwards we walked all of 100 yards to the pub and had a great afternoon with family, friends, fine ale and music.

Howard and Annie’s honeymoon in Wales
https://adobe.ly/3hc5hAm
We stayed in a cottage in Pembrokeshire, but neither of us can remember where. Good grief!

Howard and Annie’s wedding February 1999
https://adobe.ly/3eAMtta
Married in Wantage Methodist Church then reception in Lains Barn. Pandemonium played music for us as we dined.

Howard and Lesley’s wedding September 1980
https://adobe.ly/2OxJRBD
We got married in Slough